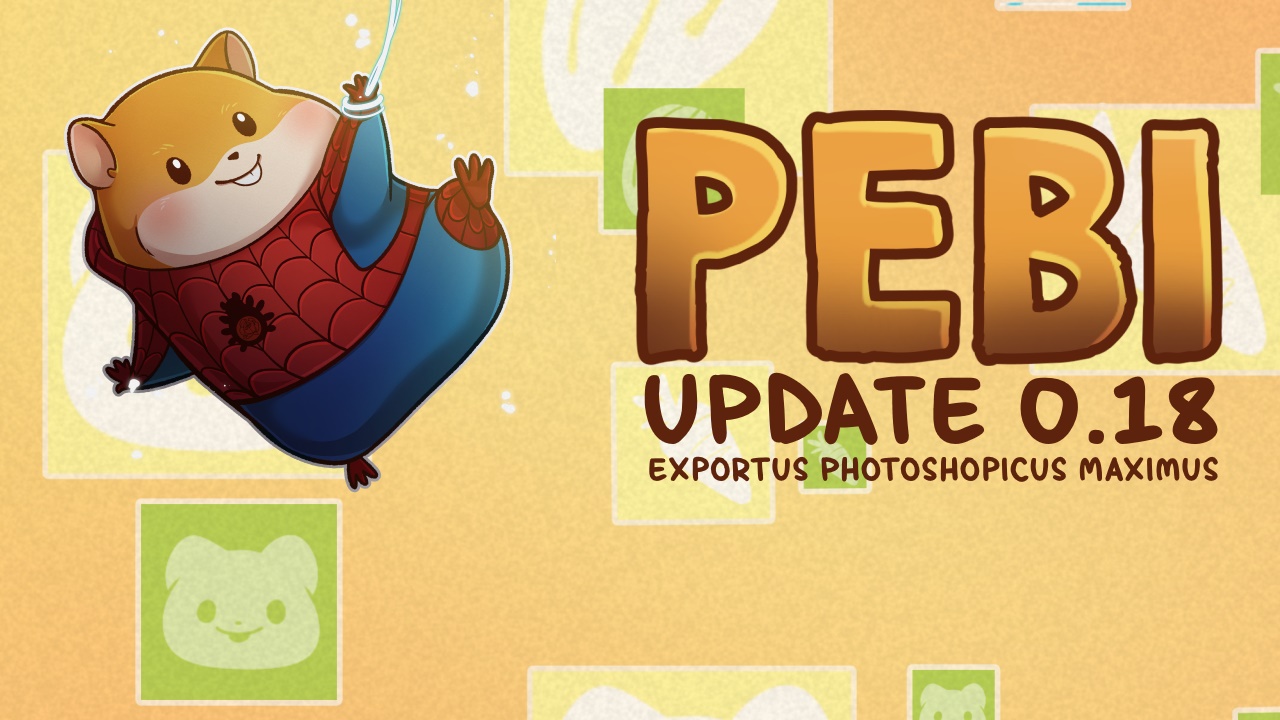 "Some" (we can see what files are downloaded how often in the itch.io backend ^^) may have noticed that there is now a "pebi_development_build" available when you bought PEBI. This is what I upload for our testers and why not giving people the ability to test the bleeding edge version themselves too? Like an early access game (we used to make games by the way ^^).

The bleeding in bleeding edge is there for a reason. It might cut you, because it is in development and guaranteed to have bugs. One could call it the "nightly build" and while we definitely not recommend using it, the ones of you who feel adventurous can and should try it out and please report bugs back to us via twitter (dm's are open), in the comments or join our discord channel https://discord.gg/udchehMgxt.

Q: What did it cost to make this GIF exporter?
A: EVERYTHING!
Q: Was it worth it?
A: YES! *points on the Photoshop PSD file import*

I was also asked if I could make a mp4 export too, but that turned out to be unreliable and really ugly. Not up to our standards, so I removed it again.

Thanks to the great efforts from Pngwin13, we have an actual comparison for different GIF export methods:

(Yes, these are the same 3 GIFs in the same order, something is wrong with the 2nd what discord does not like) 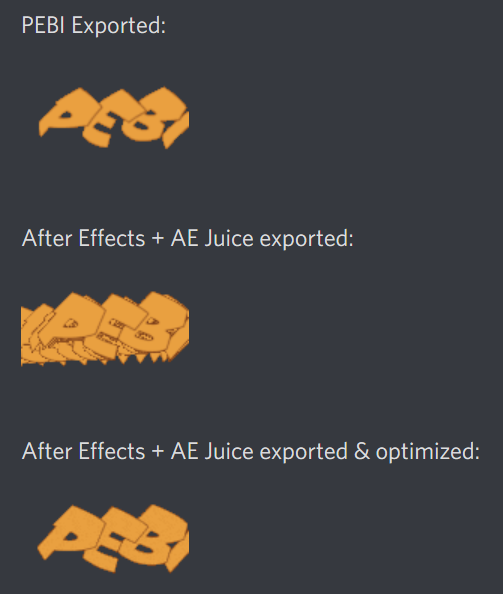 And this is how its done: 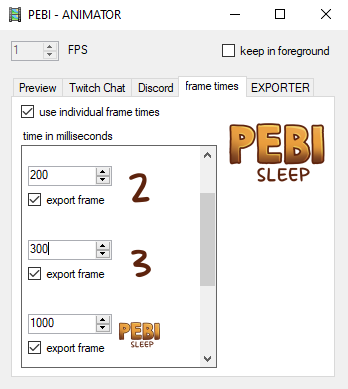 And thanks to Jasmineitor we have also a nice tutorial 🐹💖.

On the plus side: PEBI now supports PSD files as file type to monitor and read.
But since the Adobe Photoshop file format PSD is, let's say "not that good", we will call it always experimental, because I can just not guarantee that it will always work in all versions with all features and under all circumstances.

Another side effect is, that PEBI now requires for some features  (eg. the apng export) another external program: ffmpeg.
But don't worry, PEBI will tell you when you need it and if you do no use those features you will not be bothered with it.

on the shoulders of giants

While we always try to use as less external libraries as possible (until this update PEBI was pure vanilla C#), we had to, to make all wanted features possible. So we are using Magick.NET now, which increases PEBI's feature set and size drastically.

This must be this "getting old", because I really don't like it having a simple program becoming this big for no good reason. But then I see other programs with a lot less features being 300MB+ and people do not use analog dial up 56k modems anymore, so I guess this is just me and this is fine.

Why I do not like using external Libraries is that they usually come with different problems. Magick.NET runs with Linux but I couldn't make it work in combination with PEBI, so all features that require Magick.NET or ffmpeg will sadly not work under Linux.
But you still can use most of PEBI's features

You also get new predefined grids (in the demo AND full version) to draw in that Vanlau made for PEBI.
She also made this incredible tutorial on how to make those grids with CLIP Studio Paint, in case your favorite size to work with is not included in the sample files.